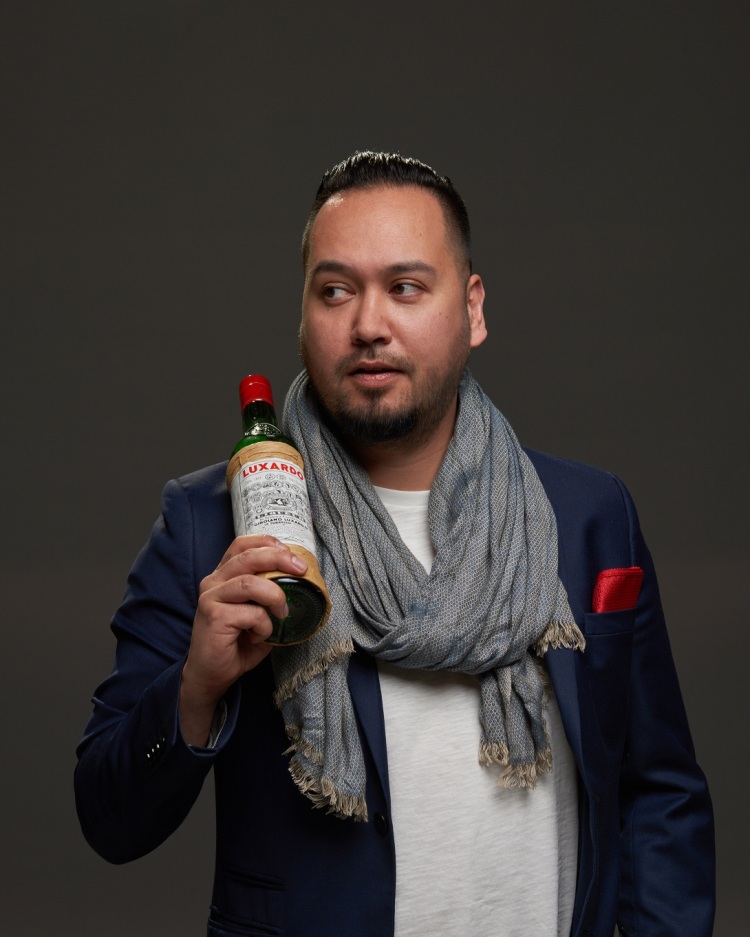 Liqueurs are cast into the spotlight within the new Luxardo masterclass tour and series of guest nights in bars in cities around the UK. Gareth ‘G’ Franklin, global brand ambassador for Luxardo at Cellar Trends Ltd, will embark on the brand’s 2019 roadshow this Spring and Summer. Entitled ‘Modify This!’, it launches in Wales, with the first night at Pennyroyal in Cardiff on 10 April, followed by a guest night on 11 April at Academy in Barry. Dates in Scotland include Blue Room in Dundee on 23 April, then G continues to head around the UK. The tour focuses on how liqueurs can take the primary role in aperitifs, classic cocktails and original new creations. G will profile his selection of Italian liqueurs as the base ingredients rather than a secondary flavouring, as he inspires bartenders to ‘modify’ the traditional perceived usage of liqueurs. He showcases liqueurs as a primary cocktail ingredient and challenges bartenders to re-think the classics: Luxardo Maraschino, Sangue Morlacco cherry liqueur, Amaretto – as well as new products with a fresh twist, Luxardo Bitter Bianco, and Luxardo Sour Cherry Gin.

‘G’ explains, “Liqueurs are by far the largest and most diverse category out there, but they are often seen as a lower priority on the list and in terms of the location where they are placed at the bar. I want to change this. With fresh thinking, bartenders will re-discover the benefits, authentic style and distinctive flavours of liqueurs, and how they can transform popular, simple spirit + mixer drinks into original cocktails.”

The session culminates in a talk and forum on ways in which bartenders can successfully progress their careers by modifying their mindset, showing their creations and broadcasting their skills via various channels to a national and international audience – without having to move from their home cities. These sessions are applicable not only to aspiring brand ambassadors but also to bars that want to step up and sharpen their reputation in the industry. Later this Summer, G’s new blog series will feature short films from his tour, with interviews and tips from some of the bar personalities he meets along the way, and memorable creations which stand out for him. G adds, “Heading to London is no longer the only option for career bartenders to move up to the next level. Distinctive bars with their own style and ingenuity have always existed in every city. There are many ways for them to share their creativity and gain kudos within the industry. I see a great parallel between the way bartenders and bars outside London are
regarded and the way liqueurs are perceived. It’s high time they both get a share of the limelight.”