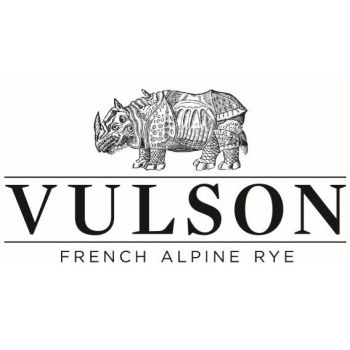 After being distilled once in the Domaine’s wash still and once in its spirit still, Vulson Old Rhino Rye is aged for one year in French new oak casks and three years in Cognac casks. The Old Rhino is bottled at 45%abv without additives nor chill filtration.

The nose is fresh with a hint of mint, pear and stone fruits. It delivers a clean, very mineral taste and is a little spicy with gingerbread at the forefront. The after taste is well balanced with spices and a touch of lemon on the finish.

“It is an exciting new step for our young brand – since we launched Vulson White Rhino Rye, our supporters have been asking when would the aged one be released. The Old Rhino is now out, and we look forward to the industry’s feedback,” says Xavier Padovani. “Vulson Old Rhino Rye is the long awaited aged version of its younger brother, Vulson White Rhino Rye – a spirit that is created at a small sustainable farm distillery located 1000m in the French Alps.”

The Domaine des Hautes Glaces brings its unique skills in distilling & ageing a liquid in its purest form while simultaneously respecting the terroir. Xavier adds his knowledge of the spirits market and his international network to introduce Vulson Old Rhino Rye to the global market.

Vulson Old Rhino Rye is available for sale at The Whisky Exchange for £57.95.