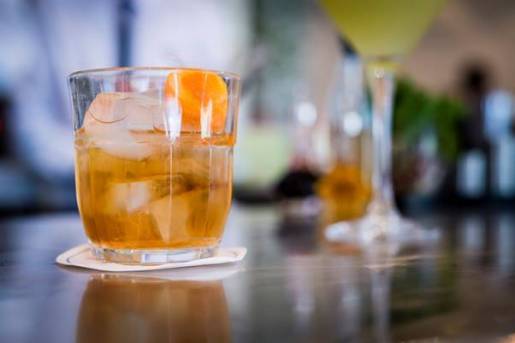 Venetian-Italian cicchetti eatery TOZI Restaurant & Bar in Victoria is celebrating summer 2016 with a drinks menu filled with the season’s hottest tipple: Vermouth. TOZI’s Vermouth Specials menu has been designed to showcase the versatility and vibrancy of this Italian fortified wine, with an extensive range including TOZI’s spice-infused, barrel-aged signature Negroni, made with TOZI’s own house-blend, as well as a selection of superior vermouths and delicious cocktails created by TOZI’s mixologists.

Served as an aperitif, mixed in a cocktail or simply neat over ice, vermouth is a fortified wine aromatised with a variety of herbs, spices and botanicals. Its sweet flavour is balanced out by bitter notes, making it the perfect all round summer’s drink with wide-spread appeal.

Take a look at a selection of cocktails from the menu, now being served with Mediterranean panache at TOZI.

Had too many G&Ts before the summer’s even kicked in? Try a vermouth and tonic and your taste buds will not be let down. This light and refreshing drink, served with your choice of vermouth has a bitter punch that is perfectly complemented by the vermouth’s fruity flavour.

Named after one of the highest mountains in the Alps, the Monte Rosa cocktail is so named for it heightened flavour and ice cold refreshing hit. Made with both classic Cocchi Bianco and Cocchi Rosa vermouths, Bulleit Rye Whisky and Aperol and served over ice, this cocktail really packs a glacial punch. Not for the faint hearted.

One for the tequila lovers, this bittersweet cocktail has a Cocchi Vermouth base, and contains Ocho 8, Bénédictine and Grand Marnier. Rather like a Mexican Negroni, It is served on ice, in a tumbler.

Vermouth del Professore is a perfectly aged sweet Italian vermouth named after Jerry Thomas, the legendary 19th century bartender considered to be the father of American mixology and known to some as ‘The Professor’. Containing an infusion of 13 spices, this vermouth is of a superior quality and can be enjoyed in a cocktail or on its own. Mixed here with Plantation 3 Stars White Rum, Galliano and St Germain Elderflower Liqueur, it is has a subtle bitterness with a smooth but punchy finish.

This house signature serve is intensified after being aged in an oak barrel for a month and is served straight from the barrel at the table. The key ingredients of gin, Campari and Vermouth Rosso are mixed with a combination of herbs and spices for a month and a half to develop a smooth flavour and a deepened aroma over time. Served on the rocks with an orange twist, it takes the old favourite to new heights.

One for the Prosecco lovers, the TOZI Spritz offers a refreshing alternative. TOZI’s house vermouth is combined with Cynar bitter liqueur, rosemary and a dash of ginger ale, making a light serve with a sophisticated twist that is perfect for a summer’s evening.