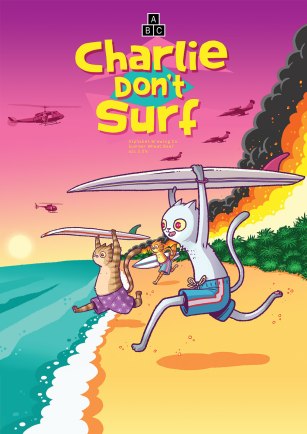 Running 10 – 19th June 2016 and aiming to bring together thousands of drinkers through a series of events, Beer Week is Manchester’s very first city-wide beer festival.
PLY is flying in Jopen for a Meet the Brewer, whilst Kosmonaut has Alphabet Brewing Co.’s creative director Hammo and a team of street artists creating large-scale artworks themed around the brewery, live in the bar, all to be auctioned for Macmillan.

On Wednesday 15th June Jopen will arrive from the Netherlands for a very special Meet the Brewer event at PLY.

Located in Haarlem, the ethos of the team is very simple; they aim to produce top-quality specialist beers with lashings of passion and care, using the latest technology and the finest ingredients.

The craft brewers will be making the journey over from their headquarters Jopenkerk, a church in the Raaks area that has been converted into a fully operational brewery with café and restaurant, and they have packed a selection of internationally renowned brews to be sampled alongside a special pizza topped with salami created with Jopen beer.

This collaborative event adds to the extensive calendar of craft beer events at the Lever Street hangout. PLY has recently played host to a number of international and local breweries such as Beavertown, To Ol, Redchurch and Cloudwater as part of Happy New Beer, the very successful month long in house beer festival.

Kosmonaut and, Manchester’s own, Alphabet Brewing Co are teaming up for a night of craft beer tasting and live art.

The art side of proceedings will be headed up by Manchester based illustrator, mural painter and ABC’s creative director, Hammo. He and a collective of five other artists – Benjamino, Jude Wainwright, Howks, Sian Matthews and Qubek (who recently took part in Manchester’s Cities of Hope) – will recreate and reinterpret ABC’s artwork on a larger scale, resulting in six brand new pieces of work that will be exhibited in Kosmonaut for a week before being auctioned off to raise money for Macmillan.

Alphabet Brewing Company has made huge strides since it was founded in 2014 in the heart of Manchester. Alphabet Brewing Co’s head brewer, Tom Evans, will be bringing along some fresh flavours for all to sample and there will be running promotions on the ABC beers already on tap including a free schooner of Charlie Don’t Surf for the first 50 people in attendance and 20% off ABC beers on tap all night long.
For more info:
Kosmonaut.co
Facebook.com/KosmonautManchester
@KosmonautMCR