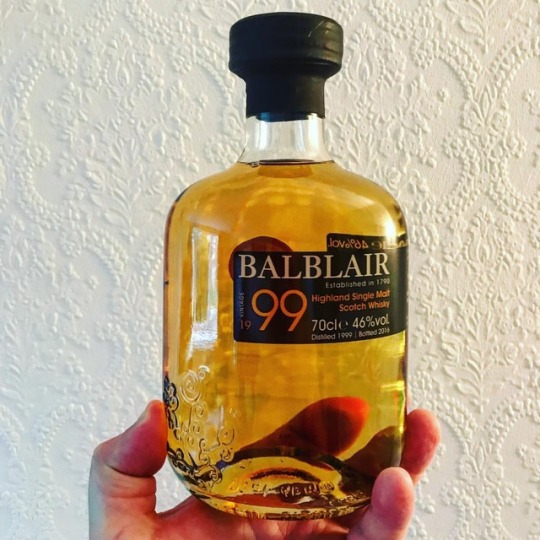 It’s fascinating to experience a brand of whisky that offers a whole host of expressions that are not to the norm. Vintages can be seen as an exclusive way to release something special, whether it corresponds with a certain milestone year, or a particular one-off style that’s never to be seen again. Indeed these sort of expressions become highly sought-after, and are rarely seen on a shelf within your favourite whisky haunt.

Balblair have seemed to buck the trend on this.

But why this way? Lets take a look.

The Balblair Distillery was established back in 1790 in Dornoch Firthby by a local man, John Ross (although the first known records date from 1749) and was soon joined by his son Andrew. Eventually, the sons and grandsons of John Ross operated the Balblair farm and distillery until the last years of the 19th century until the sale of Balblair Distillery to Alexander Cowan in 1894. Cowan brings Balblair into the 20th Century by building the present offices, still house, mash house, kiln and barns.

After the launch of the Highland Railway Company rail line between Inverness and Ardgay in 1862, Balblair started to take advantage of its use and moved the distillery half a mile north to its current location in 1895. Unfortunately, due to the tough economic times, Balblair Distillery shut in 1911, with the last drop of whisky leaving the warehouse in 1932.

It was in 2007 that Balblair opted for the bold move to only release Balblair as a Vintage Whisky, with the first vintages released being 1997, 1989 and 1979 in March 2007. It’s said that “Each Balblair Vintage captures the essence of its year in a bottle. They’re only ever selected at the absolute peak of perfection. Handpicked, to represent the very best our Distillery has to offer”.

I’ve been lucky enough to enjoy some of the Balblair Vintages, so below, I give to you my tasting notes –

Fresh citrus and coconut notes on the nose. Sweet and spicy on the palate with honey and fruits on the finish. Warming.

Apple and raisin notes on the nose and then combines with spice flavours on the palate. A long, rich offering with raisin dominating throughout.

Bold and fresh notes of honey and butter, with subtle cherry finding its way through. Soft green fruits on the palate creating a very dry, almost ash driven finish.

Tropical fruits on the nose with apples, honey and vanilla coming through.  A hit of sweetness on the palate, but spice soon follows that creates a long, long finish.

Floral fruits on the nose with hints of vanilla and toffee following, A good mix of spice and sweetness on the palate with orange and lemons dominating.

Some fantastic whisky expressions here, and as you’d imagine, not the range that you would start to mix up a cocktail with. The odd drop of water would open up a few of the above, but personal rule is to enjoy it as it comes, and the Balblair range, currently, do not disappoint. A couple for the drinks cabinet won’t go amiss.

© David Marsland and Drinks Enthusiast 2017. Unauthorized use and/or duplication of this material without express and written permission from this blog/sites author and owner is strictly prohibited. Excerpts and links may be used, provided that full and clear credit is given to David Marsland and Drinks Enthusiast with appropriate and specific direction to the original content.