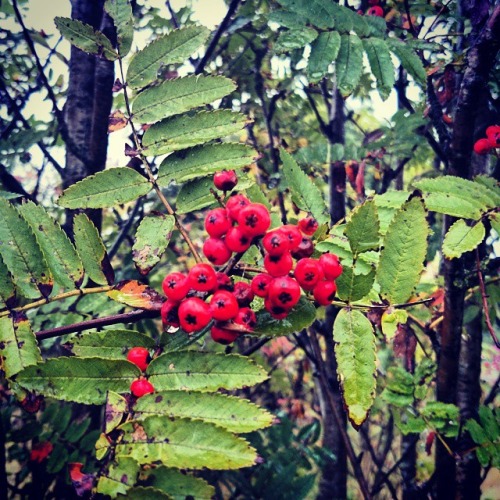 This summer a new phase of looking into the reality of a spirit has taken place. I take part in something called the Great British Food Festival, held all over England over the summer months, and regularly promote artisan spirits to an intrigued public. Something I’ve seen become a growing demand for, depending on the venue, is a local foraging walk, usually through the grounds of a stately home that the festival is based at. Here, you are guided around by a known expert in all things plants, giving a great insight into what exactly all those trees, bushes and shrubs growing all around us can offer.
I’m quite intrigued myself when it comes to how things are created, especially in the drinks world. I can appreciate a lot more when I see first hand the time, effort and ingredients used, but these experiences usually come in the form of a distillery tour. I thought though that it would be fairly hard to de-construct a spirit, for example, as you walk around the grounds and follow winding footpaths through fields.

How wrong I could be.

But it makes perfect sense. Take any gin. A gin receives its predominant flavourings through botanicals. These botanicals need to be sourced from trees, bushes and shrubs. And where would you find these? Take a look outside your window or walk through a park and you’ll bound to see many with something grown on them, ranging from blackberries to juniper berries.
This kind of thinking became the source of a Saturday for me a few weeks back, as Caorunn gin took advantage of the foraging craze and looked to get gin lovers from all over truly appreciating Caorunn’s qualities. Being a Scotland based gin and priding itself to have not only six traditional botanicals, but also five Celtic botanicals from a boreal forest in the Scottish Highlands, at first glance you would find it hard pressed to come across anything, never mind ingredients such as Rowan Berry, Bog Myrtle and Coul Blush Apple. Turns out you can, and a short drive to Rochdale would turn out to prove everyone wrong in stunning style.

David Winnard, local forager and all round expert in all things botanicals, gave myself and several fellow gin lovers a peek into the world of foraging, with only a short walk down public footpaths through the Pennines where he promised to show all five Celtic botanicals growing in full force. And what a start he had, showing off a large collection of Rowan Berry that gives Caorunn its slightly bitter taste (also, Rowan Berry in Gaelic is Caorunn). A slight mythological feel to this botanical too, as it is said they protect against witchcraft and enchantment due to the pentagram underneath each berry. Further up the path, we came across several apple trees. A slight change in the variety here in Rochdale as the Coul Blush Apple used in Caorunn is unique to northern Scotland, but the one’s found here still gave off a crisp, sweet taste, much like its counterpart.

Dandelion is one you will probably all know of, which gives Caorunn it’s more herbal notes within its flavour profile. David also imparted his trivia by explaining that there are 272 sub-species in the UK alone of dandelion. To me, I just never realised that something so well-known had an incredible number of varieties! A soft, sweet botanical was to be pointed out next; Bog Myrtle. A leaf primarily known to be used for insect repellent gives Caorunn its notes of spice. We were quite lucky to see these in bloom as David explained that this site would be the only place you can find Bog Myrtle in the Greater Manchester area.

Lastly, the fifth Celtic botanical to source on our walk would be Heather. Again, something I’ve seen plenty of, but never really click to think it would be used in such a way, in this case giving Caorunn its perfumed honey notes.

Enjoying the day with a blank canvas to begin with gave an enthusiastic drinker as myself the perfect insight into how common ingredients grown right here in the Pennines can contribute towards a well-known brand as Caorunn. It’s fascinating to see, and realise, what potential each bush, tree and shrub can offer to a liquid. Not only gin either, but the likes of fruit syrups, damson and sloe varieties of vodka and gin, and even jelly or jams. I fully understand why the walks at the Great British Food Festival have been popular, and why Caorunn have hosted many of their foraging walks to bartenders in the past few months. They get the public and trade thinking of the flavours used and how best to match them in their recipes, ultimately promoting a different slant on what could be a rather regular drink or meal.

If you wish to find out more about Caorunn, take a look at my feature on the Scottish gin. For more photos of the #Forage2Glass tour, please see my Facebook page.