Linie The Journey is an international cocktail competition where bartenders from throughout Europe compete for the prestigious first-place award. The international final
was held on Monday, 27 August, at Ingierstrand Bad in Oslo.

Linie The Journey
The story of LINIE started in 1805 with the remarkable journey to Indonesia. It was then discovered that sailing around the world, crossing the equator twice, gave the aquavit a smooth and unique taste. The premise for Linie The Journey is to create a cocktail with Lysholm Linie Aquavit as the main ingredient. The cocktail should also be inspired by the countries along Lysholm Linie Aquavit’s route around the world: Norway, Germany, England, USA, Panama, New Zealand, Australia, Singapore, China, Korea, Japan and Mexico.

International coverage
The competition has drawn a lot of international attention since aquavit is growing in popularity. Aquavit has taken cocktail enthusiasts by storm, and it is clear that many are very committed to bartending, Lysholm Linie Aquavit and the competition. “We are seeing considerable interest in aquavit among young, up-and-coming bartenders, and this national spirit comprises an exciting base in cocktails. We have received more than 200 suggestions for this year’s competition, and quality and creativity are high among participants,” says Romain Jourdan, Category Manager for International Premium Spirits at Arcus and the driving force behind the competition.

With early rounds in Germany, Denmark, Sweden, Finland, Switzerland, Austria and Norway, respectively, more than 200 participants competed to earn one of the 11 spots in the final.

World-class jury
The jury is headed by Monica Berg and also includes the king of mixology, Alex Kratena; the star bartender from Paris, Carina Soto Velasquez; and Arcus’s own Master Blender, Ivan Abrahamsen. The jury weighed four criteria in its assessment of the drinks and the finalists: appearance, taste, story and, most importantly, originality.

Women outscore the men in mixology
This year’s Linie The Journey is the third consecutive competition, and the first two both
crowned female champions. And this year it happened again!

German Peggy Knuth, one of two women in the final, went home Monday night with the coveted first-place award in Linie The Journey 2018 with her cocktail Eastcoast Park. Knuth is the Bar Manager at Salut! Bar in Berlin. Despite her love for Norwegian spirits and Lysholm Linie Aquavit, this was the first time she competed in – and made an impression at – Linie The Journey.

“This year’s Linie The Journey was larger and better than ever, and the winner, Peggy, had a very personal and excellent presentation, but perhaps most importantly – she had a fantastic drink! Lysholm Linie Aquavit was accentuated well, the flavours were balanced, and it was really a drink that you would want to have again! It sounds cliché, but simplest is often best!” says the head of the jury, Monica Berg.

I did not expect to win.
“I naturally hoped on some level that I would win, but I really did not expect it. But, in my opinion, Lysholm Linie Aquavit and Pandan are the perfect partners, just like lovers, and I am so pleased that I was able to incorporate my own preferences in a drink and that the judges liked it. I also think it is incredibly fun – and exciting – that I now have the opportunity to create my own Linie Aquavit with Ivan Abrahamsen, and it is a thrill that it will be sent on the same journey as Lysholm Linie Aquavit. I have to say, I am very satisfied with the evening’s outcome,” said Knuth.

Self-crafted aquavit on first-class journey
The finalists in Linie The Journey were not just competing for the prestigious first-place ranking, but also a unique opportunity: the possibility to craft their own Norwegian cask-matured Linie Aquavit. Knuth, together with Master Blender Ivan Abrahamsen, will
now create her own personal blend, which will head out on the same journey that Lysholm Linie Aquavit has undertaken all these years – across the equator twice. 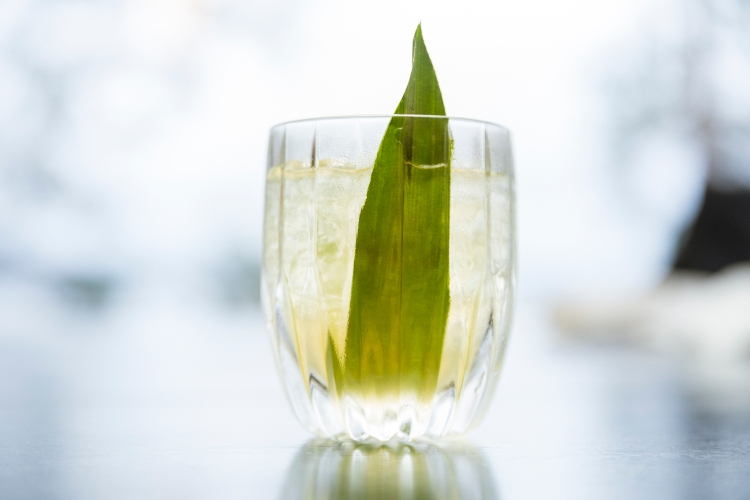