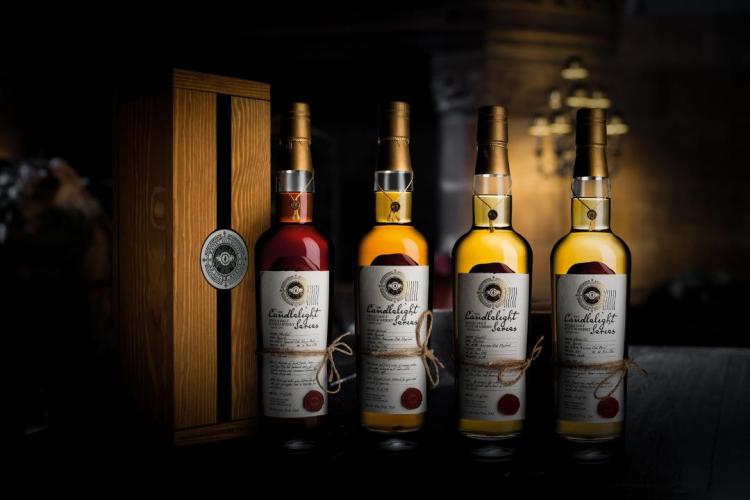 A top secret collective of Scotch whisky industry experts have come together to form an independent whisky bottling brand, known as the Whisky Illuminati.

A collective with over 200 years combined experience, Whisky Illuminati’s members are a panel of the most discerning and respected noses and palates in the whisky industry to showcase one-off series’ of exceptional, limited edition malts.

Whisky Illuminati was established by Scotch whisky industry executive, Keith Bonnington, formerly of Edrington, and digital marketing entrepreneur, Stephen Gorman. On the launch, Keith said: “We’re a group of like-minded, quality-obsessed individuals who have come together through a love for good Scotch whisky to assess and acquire outstanding single cask malt whiskies worthy of the Whisky Illuminati seal of approval”

“Our members don’t crave the limelight, we simply want to bring exceptional whiskies to market. Not constrained by age or style, the Whisky Illuminati’s releases are individually first-class but a complete one-off as a collection.”

The Whisky Illuminati assesses hundreds of single cask samples in a rigorous selection process, hand-selecting less than 10% of all of the malts assessed for bottling. Seeking out malts that are distinct from each other but uniquely can be presented as a series, the collections will include three or more stand-out malt whiskies from distilleries around Scotland.

The collective’s first release, The Candlelight Series, is made up of four single cask malts – three from Speyside and one from the Highland region. Co-founder, Keith, said: “For our inaugural release, we traversed one of the most coveted whisky regions of the world in search of whiskies that we considered to be among the best examples of the chosen distillery’s signature style, from a muscular and bold Sherry-Oak aged Mortlach to a delicately sweet and fragrant Glentauchers.”

All bottled at cask strength with 100% natural colouring and no chill-filtering, the collection is made up of: