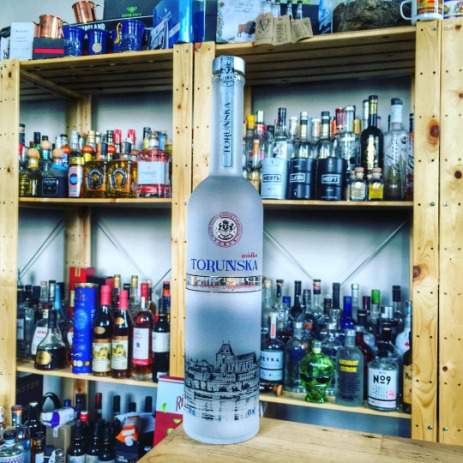 The Polish brand of Toruńska offers to you today an inspired story on Nicolaus Capernicus, the famed astronomer from Torun. It’s known that Capernicus molded himself to become such a widely known name in this world, using his success in science and art to achieve.

Toruńska too looks at this legacy, using Capernicus’ hometown as the base for its production of a 130 year old tradition. Interestingly enough, the brand has been around since 1884 and is still independent, yet is not known outside of its borders until this year, which could make it one of Poland’s best kept secrets.

Using water from nearby Cretaceous-era deposits, it becomes part of a unique rectification process that includes distillation at 180°  and a 4-stage filtration.

But how does it fare? Well below, I give to you my tasting notes –

A clean, fresh nose with little aroma. A creamy texture on the palate, with a soft anise scent coming through, followed by earthy notes with oak and grain. A lingering, bold finish.

A good vodka to sip, with a good bold flavour profile which would work well for a classic Vodka Martini perhaps. No official serves have been recommended, but it’s a versatile liquid, housed in a traditional Polish look of a bottle.

Poland’s best kept secret? Pick up a bottle and see what you think.