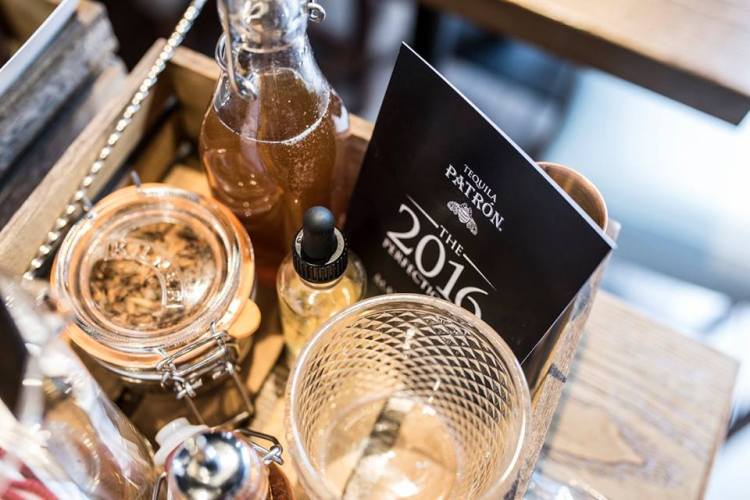 The team at Patrón came around to Manchester this week to host the next round of the current programme, the Patrón Perfectionist!

Hosted at Mr Cooper’s House and Garden, the competitors found their way to the northern heat by offering a unique Patrón serve, worthy of impressing the judging panel and ultimately winning a place in the final, held in London at The Lucky Pig.

Hailing from the likes of Alvino’s in Newcastle, Diabolica in Belfast and El Bandito in Liverpool, the competitors were joined by UK Brand Ambassador’s Karine Tillard and Dan Redman-Hubley as they re-created their serve to the panel of myself, Lewis Cooke of Epernay Champagne Bar in Manchester, and Sandrae Lawrence of the award-winning The Cocktail Lovers.

The top three will be showcased here today, so in third place saw Lincoln represent with Beckie Sullivan of The Strait and Narrow. Her ‘Especias Prohibida’ saw her shake and throw Patrón Silver, wasabi and ginger syrup, citric acid, Burlesque bitters and egg white, all garnished with the fragrant jasmine flower.

Shane Kilgarriff of Mr Cooper’s House and Garden, Manchester earned second place with his creation, ‘What The Water Gave Me’. Stirring down Patrón Reposado, German Riesling and rose liqueur, it came garnished with pebbles sourced direct from the Lake District.

So congratulations to Joe, who wins himself a trip to London to compete in the final against four other finalists from around the UK!