The UK’s leading premium flavoured white rum is set for continued growth in the UK as a distinctive new packaging inspired by the golden era of travel is released to the trade. The new design for Koko Kanu – an aged Jamaican rum blended with coconut flavour – is set to capture the attention of discerning urbanite drinkers looking for a fun, light and refreshing drink.

The striking new label, which encapsulates imagery of tropical island life in a stand-out ‘K’ motif and detail of the product using 1950s travel iconography, is placed on a new bold, clear squared glass bottle. Exotic travel to far-flung islands was a fantasy for most before the jet engine came into commercial flight use and the golden era of air travel was born. Curious travellers then went on to explore the undiscovered delights of tropical paradises such as Jamaica.

Commenting on the new design, Campari UK Marketing Director, Nick Williamson, said: “Since Koko Kanu launched over a decade ago it has quietly worked its way up to become a firm favourite with bartenders who like the round, full-bodied rum characteristics that come from having a 37.5% ABV.”

“The new pack design is sure to appeal to the new generation of drinkers who revel in the same care-free attitude of the first jet-setters that were seduced by the untamed beauty and seductive vibes of Jamaica. It was the golden age of air travel and Koko Kanu cocktails are designed to give consumers the same alluring island adventures as those early travellers, even it is just during the briefest of sips.” Continued Nick.

With the Pina Colada’s reputation as a hidden pleasure, Koko Kanu is expected to appeal in both the on and off-trade as consumers look for an easy drink to make at home. (The Pina Colada is the UK’s 2nd most frequently drunk cocktail: CGA report, April 2016.) As demonstrated by Rum Ambassador Ian Burrell on Sunday Brunch (22 May), equal parts of Koko Kanu and pineapple juice shaken and served chilled is a fantastically simple way to get a taste of the tropics. Named the Koko Kolada, the cream-free version of the Pina Colada is sure to appeal to the growing number of consumers looking for ‘skinny’ options in their drinking repertoire.

To accentuate the coconut flavours, rums with coconut notes produced at the Wray & Nephew distillery are chosen by Master Blender, Joy Spence. The rum has been aged for one year before being charcoal filtered and blended with the coconut.

The new pack, created by brand consultancy and design agency Brandhouse, will be available from mid of July 2016 in Sainsbury’s and Ocado and to the on-trade from October. A 70cl bottle has an RRP of £19.

50ml Koko Kanu
50ml pineapple juice
Shake ingredients over ice, strain into a chilled coupe glass and garnish with a sprinkle of nutmeg.

Premium Jamaican Coconut Rum Koko Kanu has announced Keivan Nemati and Maxwell Whitney from Zetter Townhouse Bar in London as the winners of its first ever ‘Kan-u-Kolada Your Miami Vice?’ cocktail competition.

The final, which took place on the 11th May at Loves Company in Shoreditch, witnessed twelve pairs of bartenders battling it out to create a Koko Kolada and a Miami Vice twist whilst fully embracing the spirit of the 1980s cult TV series Miami Vice.
Dressed in the style of the show’s crime-fighting lead characters Crockett & Tubbs, competitors were challenged to create a twist on the classic Piña Colada, using at least 50ml of Koko Kanu. They also had to serve up a Miami Vice, the summer season’s popular cocktail created by mixing the ‘Koko Kolada’ and the Strawberry Daiquiri.

The winners scooped the extravagant ‘Miami Vice experience’ top prize which includes a Ferrari drive, dinner and drinks hosted by J. Wray & Nephew UK (a Gruppo Campari Company) and a casino night out.
Keivan’s and Maxwell’s cocktail was selected by the panel of esteemed judges for its creativity, balance, flavour and the finalists’ showmanship. Judges included Andy Ives from Barlife UK, JJ Goodman from The London Cocktail Club and Lyndon Higginson from The Liar’s Club.

Samantha Burke, On Trade & Trade Marketing Manager for Campari comments: “I am extremely impressed with the enthusiasm of the competition’s finalists. They all really embraced the Miami Vice theme and had a lot of fun whilst creating their serves. It was a tough competition, however the winners’ creativity, passion and mixology skills really impressed all three judges.
“The competition has been a huge success and definitely has the potential to become an annual fixture.” 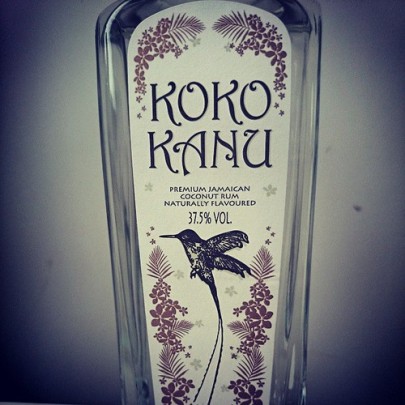 A series of consumer sampling events and brand tie ups will take place throughout the year and sit alongside PR, social media programmes and consumer media partnerships to boost the brand’s wider profile. A new serve strategy, tailored around the summer and Christmas trading periods will also be launched to encourage trial and introduce new drinkers to the brand and coconut rum category.

“This is a very exciting time for Koko Kanu as we start to reach out to the trade and get consumers experimenting with the liquid. While we are building Koko Kanu as a must-stock in bars for cocktails, we are working hard to secure additional accounts to boost visibility and awareness to support the work we are doing to grow the brand in the off-trade.” says Pietro Mattioni, Managing Director at J Wray & Nephew.

Koko Kanu is currently available in Browns and All Bar One venues, as well as Amazon, Selfridges, The Whisky Exchange, The Drinks Shop, Majestic Wine, The Whisky Club and Drinks Direct in the off-trade. 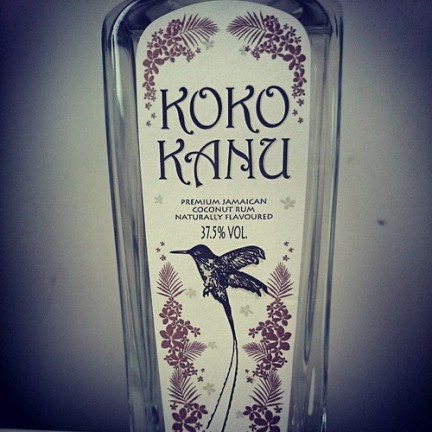 Koko Kanu offers something a little different, especially to what you expect it to be. From Jamaica, white rum is blended with natural coconut to create the only full strength coconut flavoured rum in the UK. Named in honour of Jamaica’s original inhabitants, the Arawak Indians, and a label that shows the Jamaican national bird – the Doctor Bird, Koko Kanu is marketed toward the premium end of the market.
You may have seen Koko Kanu a little more recently as 2014 has seen a major campaign in the UK, securing listings within the likes of Selfridges as well as venues such as Brown’s and All Bar One. A Christmas campaign is on its way too, aimed to encourage and introduce new drinkers to the brand and coconut rum category.

Soft coconut aromas on the nose with a slight sweetness wrapped around. Silky on the palate with a kick of coconut that creates a long lingering finish. Slight spice develops too.

J Wray and Nephew, the UK distributors, recommend Koko Kanu as part of the classic Piña Colada, but maybe try this instead –

Shake the ingredients vigorously and strain into a hurricane glass. Garnish with pineapple wedge.

A rather good tot, personally more for a mixer, but it really does surprise how well it goes neat. Try some, be adventurous  you never know what could be your new favourite spirit.